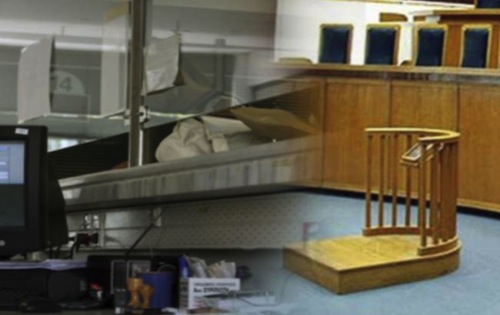 Following the practices of politicians and thanks to several provisions of the law concerning the accountability of ministers, Greek civil servants who were charged with serious disciplinary offenses took advantage of existing “loopholes” in the law and have escaped prosecution.
The recent unanimous decision by the first instance disciplinary board of the Ministry of Tourism, to suspend proceedings against four employees of the Hellenic Tourism Organization (EOT), raises many questions regarding the ability of ministerial officials to prosecute those found guilty of wrongdoing.
According to the indictment, the four civil servants who worked in the Regional Tourism Service of Western Greece, granted operating licenses to luxury hotels which had not submitted the necessary paperwork. Moreover, these hotels secured their licenses 15 months prior to opening. They were granted even though the hotel owner had not made a request, thus allowing him or her to access state funds for the operation of a nonexistent hotel.
After the disciplinary board’s decision, all four employees were reinstated, because the 2-year statute of limitations had kicked in and the arraignment was found to be unclear and insufficient, leading to all charges being dropped. The original indictment, which was stuck for two years at the desk of central command, “doesn’t clearly describe the true facts that led to the disciplinary actions being initiated against the accused employees, but foremost doesn’t specify the time during which the actions or omissions caused by the accused employees as part of their official duties took place,” as the ministry’s disciplinary board explains in its report.