Citigroup: Recession in Greece Will Continue Until 2015 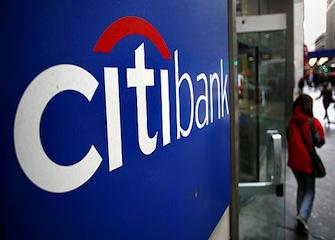 According to Citigroup’s new report, the recession in Greece will continue until 2015, while the Greek debt and the unemployment rate will increase. Citigroup mentions that only an Open Systems Interconnection (OSI) model can put Greece in a sustainable fiscal path.
As reported, recession has recently subsided to -3% in the third quarter. However it will continue in 2014 and 2015, reaching 1.9% and 0.5% respectively.
It is estimated that debt will reach 190% of GDP in 2014 and 199% of GDP in 2015, while the primary surplus will stand at 1.7% of GDP in 2014 and at 1.6% of GDP in 2015. Unemployment will reach 28.7% in 2014 and in 2015 it will reach the record rate of 28.9%.
The bank notes that negotiations for further cuts of the Greek debt are expected to cause political instability, increasing the risk of early elections.
As stated, only an OSI model will put Greece in a sustainable path, although it is claimed that this is unlikely to happen soon.
At the same time, the bank notes that the borrowing cost of Greek businesses is the most expensive in Europe. Specifically the effective interest rate of these loans exceeds 8%, a level which has been the same since 2011. During the period 2003–2006 these loans had an effective interest rate of less than 2% which was the lowest in Europe, after Luxembourg and Spain.
According to data, the current borrowing cost of Greek businesses reaches 8% while in Netherlands it stands at 3%, in Germany at 2.2%, in Belgium at 2%, in France at 2.8%, in Ireland at 4.8%, in Italy at 4.8% and in Spain at 4.9%.

The German Embassy in Athens will begin its year-long commemoration of the Greek War of Independence with a celebration of 21 German philhellenes.
Crime