Greek Universities at a Stalemate 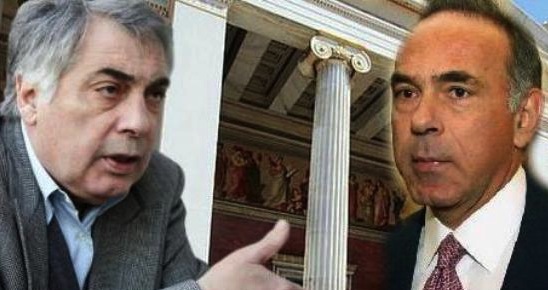 New developments suggest that there is a high probability that the academic semester of the Universities of Athens will be lost. The administrative employees of UoA announced a new 48-hour strike this Wednesday and Thursday; NTUA employees announced yet another one for this Tuesday and Wednesday. In the meantime, five of its nine schools are occupied by groups of students.
At the NTUA, 168 employees voted in favor of the strike, while 128 of their colleagues advocated an end to the strike and the continuation of dialogue with the Greek Minister of Education, Konstantinos Arvanitopoulos.
At the UoA, Mr Arvanitopoulos’ proposal was examined yesterday with representatives of the institution. According to officials who attended the meeting, the Minister of Education insisted that no employee would be fired and that everyone would return to work with 75% of their salary; the remaining 25% coming from the institution’s resources. However, during their general assembly the employees voted in favor of the strike on the grounds that the proposal was not accompanied by any guarantees.
Late this afternoon, the Minister of Education Konstantinos Arvanitopoulos, decided to send the Chancellor of the National Kapodistrian University, Theodosis Pelegrinis, to the Disciplinary Board since his inaction and inability to enforce the decisions of the board of rectors, has kept the university closed.
The Rector at the UoA, Mr. Pelegrinis is being accused of preferring to be in Paris performing in a play, while the educational system and the universities are in turmoil.
Kyriakos Mitsotakis declared him unfit for the role of Rector saying that: “It’s a shame… He hides behind his office. The Rector is not fit to perform his duties.”