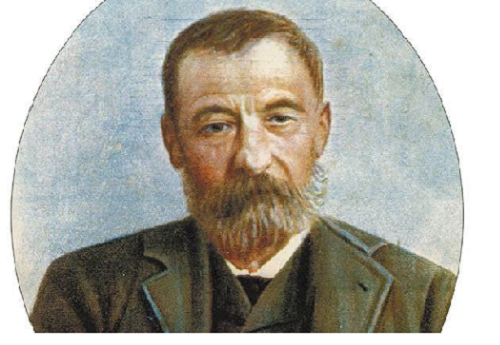 A very important personality of Greek literature, Alexandros Papadiamantis, is entering the world of blogs. This is an inspired initiative of the Papadiamantis Studies Society (PSS).
His entire work and studies, rare photographs, films and plays, based on his writings, and many other details that concern him, are about to be posted on a website that bears his name (www.papadiamantis.net).
The initiative belongs to the PSS and as stated by the professor of the Aristotle University and president of the Papadiamantis Studies Society, Georgia-Farinou Malamatari “We think that this electronic database of books and media will help students and researchers and will promote the studies of Papadiamantis to young people.”
A blog will be created on this website, in which members of the Association as well as other young people, will have the opportunity to upload their notes about Papadiamantis.
For the occasion of the publication of the Proceedings of the Third International Conference about Alexander Papadiamantis (which was held in 2011 in Skiathos and Athens on the occasion of the 100th anniversary of his death), an event took place today at 7.30 pm, at the Stoa tou Vivliou (Pesmatzoglou 5). The following speakers were in attendance: Lambros Varelas (assistant professor at the Aristotle University), Aris Berlis (translator, essayist) and Nikos Xydakis (journalist, art critic).