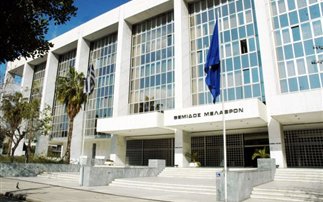 The Greek Supreme Court, with a recent decision, puts the sacred law of Shariah above the laws of the Greek State, thus Greek Muslims cannot draw up a will, as this is something that is not included in the Shariah law. This complicates the situation since in 1946, Greek Muslims draw their wills according to the Greek civil law.

This case was brought to light by Komotini’s newspaper “Chronos.” The newspaper reveals that the Greek Supreme Court annulled a will that was drawn up by a Muslim man before he had passed away, as this is not determined by the Islamic Inheritance jurisprudence. The deceased Muslim lived in Thrace and in his will made clear that he left all his belongings to his wife, as the couple did not have any children.
The proceedings against the will begun by the sister of the deceased Muslim, as she claims that Shariah does not determine inheritance jurisprudence, and as a result the will is invalid and she wants to take her fair share of her brother’s fortune.
Shariah is the moral code and religious law of Islam. Shariah deals with many topics addressed by secular law, including crime, politics, and economics, as well as personal matters such as sexual intercourse, hygiene, diet, prayer, and fasting. Though interpretations of Shariah vary between cultures, in its strictest definition it is considered the infallible law of God—as opposed to the human interpretation of the law. In secular jurisprudence, Sharia is classified as religious law, which is one of the three major categories that individual legal systems generally fall under, alongside civil law and common law.