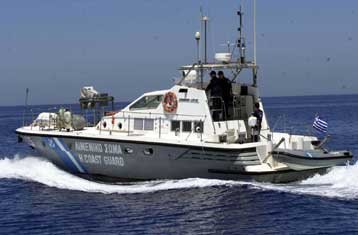 A boat, full of illegal immigrants that are now out of danger, were found this morning in the Ionian Sea. The boat was spotted by an AB-205 helicopter of the Hellenic Air Force, west of the island of Cephalonia around 11:00 in the morning. The passengers were 20 illegal immigrants, four of which were children.
The helicopter, according to AMNA took off from Combat Group 131 in Preveza, at the request of the Coast Guard, and spotted the boat with the immigrants while it was sailing 2-3 nautical miles west of Cephalonia. The Coast Guard is now responsible for the case.
It is not the first time that such an incident has occured in the Ionian Sea. Just last year a boat was found floating adrift because of an engine malfunction, 20 nautical miles west of Corfu. Seventeen illegal immigrants from Afghanistan and Pakistan were found inside trying to go from Albania to Italy.