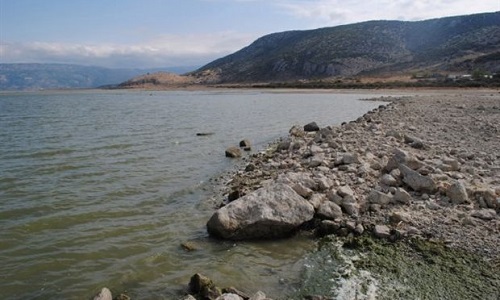 A farm-house, a Neolithic settlement, an inn, a ceramic furnace and scores of artifacts were discovered by archaeologists at Lake Karla located in Thessaly. These discoveries were made during the excavations which aimed to turn the lake into a main water reserve.
According to official reports, the archeologists uncovered a big farmhouse at “Tserli” which is aged from the Hellenistic period (2nd Century BC) which has many rooms and some 500 artifacts, a Neolithic settlement enclosed with a yard and scores of artifacts and later Neolithic sculptures at Amygdale 1. In the region named Amygdale 2, they have found a farm-house which also has a ceramic furnace aged from the Hellenistic period which was used as an inn. They also discovered a stone wall, a desk, graves and a fascinating construction of a square aged at the Mid Bronze Age at Amygdale 3.
The Central Archeological Council said that, the farmhouse at “Tserli” with its rooms and its yard will be preserved on-site. The archeologists also stated that the findings which will not be affected by the bad weather and the water can be added into the naturalist promenade in order to make it larger and more interesting for the tourists. The rest of the monuments will be placed in the museum.