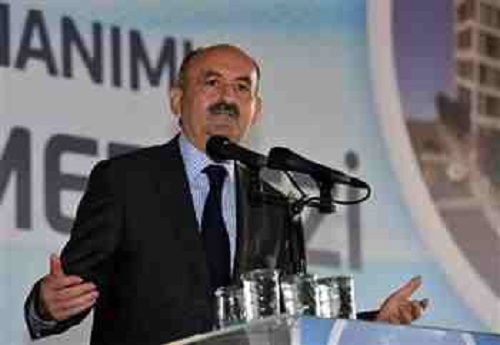 Health Minister of Turkey Mehmet Müezzinoğlu said on October 27, that Greek doctors who are reportedly seeking jobs abroad are welcome in the country, as Doğan News Agency reports.

Some 7,000 doctors in Greece are seeking jobs abroad, and we need them. Turkey’s doors are open to Greece’s 7,000 doctors. I invite them to serve this country and nation with their knowledge,” Müezzinoğlu said.

“Turkey used to take Greece as an example,” Müezzinoğlu said. “But since 2002, Turkey has begun to achieve far and far beyond what Greece succeeded.”

According to Anadolu Agency, İrfan Şencan, the General Manager of the Health Ministry Health Services Department, said than 24 Greek doctors are already working in private hospitals in Turkey.

“The medical education in Greece is close to Turkey’s standards. The private sector’s needs can be met by doctors who come from Greece,” Şencan told Anadolu Agency today.

“Foreign doctors can get the equivalence from YÖK with the condition of working in the private sector. Turkish citizenship is a must to become public servant. This is why they cannot work in public hospitals. Besides, they have to pass a Turkish language test within a year. Greek-citizen doctors can start working in our country within the framework of these laws,” said Şencan.

As Hurriyet Daily News reports, a statutory decree issued Oct. 2, 2011, permitted the employment of foreign doctors and nurses in Turkey, as new regulations on the working conditions were approved in 2012.

According to the relevant regulations of Turkey, foreign doctors are required to obtain a residence and a work permit, vocational liability insurance, as well as a certificate of equivalence from the relevant state’s offices in order to demonstrate that their diplomas and other documents of expertise are in line with Turkish University standards.

Foreign doctors should have a minimum score of “B” from Turkish language tests administered by universities Turkish Teaching Application and Research Centers (TÖMER) in accordance with criteria set forth by the European Language Portfolio, according to Hurriyet Daily News.

The regulations are valid for all foreign health workers except dentists, pharmacists, midwives and nurses.