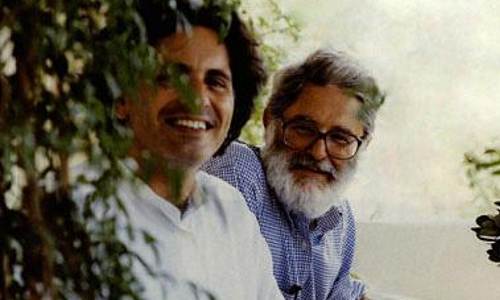 Since 1997, the “Greek Artisans” Dimitris Portolos and Christos Carras export Greek traditional products with great success.
Dimitris Portolos is a businessman, a historian, a co-founder and general secretary of the Hellenic Literary and Historical Archive. Christos Carras was the winemaker of the exceptional Chateau Carras. He studied philosophy in Sorbonne,  and he is also a musician.
Their products are being exported in ten countries in four different continents. The two businessmen want to highlight the natural flavor of the fruits without adding excessive amounts of sugar, which unfortunately is the case with the vast majority of greek sweets. That is why they are included in the menu of the famous greek restaurants “Milos” in New York and Montreal, where Woody Allen tasted Greek Artisans’ honey and sent them a congratulation letter.
As Dimitris Portolos says to athinorama.gr “we don’t mix ten products just to impress. We use less in the right proportions, in order to retain harmony in the composition.”
“Greek Artisans” mainly produce thyme honey, jams and traditional greek spoon desserts, but also other products like olives from Kalamata, caper and sun-dried tomatoes. There is, of course, the famous Stater olive oil from Chalkidiki, with its unique and spicy flavor.