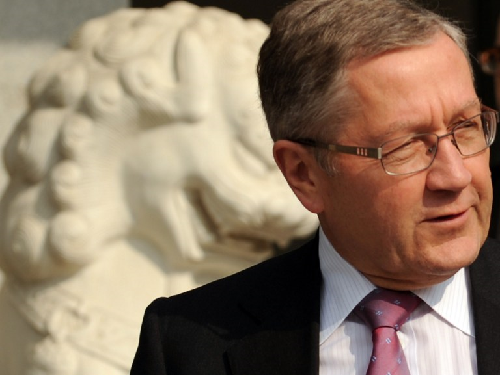 After Greece gets the rest of its second bailout of $173 billion – having spent a first for $152 billion without making a dent in its debt – the government is likely to need a third, if smaller bailout, and “further help by her friends,” stated Klaus Regling, German economist and Chief Executive Officer of the European Financial Stability Facility (EFSF) and Managing Director of the European Stability Mechanism (ESM).

He said the idea of Greece floating a 50-year-bond to delay payments has not been discussed in any meeting and that 30 years is the most that could currently be granted.

Regarding market regulation, Regling stressed the need for the market to increase and decrease by itself the “spreads” of the Eurozone countries. “Today, it is scary to remember that in autumn 2009 Greece was paying almost the same as Germany despite the fact that many of its weaknesses were already known”.

When he was called to explain further his position, he noted that he would like to see some spreads lower that they are today and other higher that before the crisis.