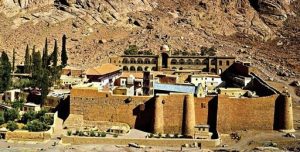 The Sinai Monastery has been led to serious financial problems because of the conflicts in Egypt and the Middle East, which have caused a drastic reduction of pilgrims.

According to the announcement of the Exarchate of the Sinai Monastery in Athens, the Monastery has financial problems as it is unable to fulfill its traditional obligations to its Bedouin employees and continue its charity work for the inhabitants of the desert.

At the same time, the monastery denies it is closed for pilgrims, noting that for some days it has stopped receiving organized tourist groups, but there was no problem with the pilgrims.

The announcement also mentioned that there has been no attack against the monastery according to recent posts on various websites.