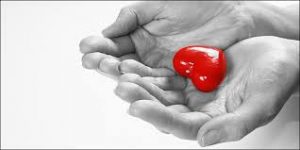 The decision of the Greek Orthodox Church of Australia to support organ donation as an act of selfless offer had a positive impact as the number of Greek-Australian donors has increased.

Archbishop Stylianos in his message stated that, “Organ donation is the kind act that helps us to fulfill the deepest spiritual goal of our existence. It is an act that our Church not only accepts, but also supports wholeheartedly.”

According to the Archdiocese, human life can be improved with donation and transplantation, while at the same time preserving the sanctity of life.

The CEO of the Australian Government’s Organ and Tissue Authority, Yael Cass, talked to the newspaper Neos Kosmos about the decision of the Greek Orthodox Church of Australia to support organ donation: “We’ve already seen at a  hospital level, families who have come into an end of life situation with the family member wanting support when they’re discussing organ and tissue donation. The priests have now been very supportive and have encouraged families.”

From the beginning of the year until July the organ donations in Australia rose by 29 percent in comparison with the same period in 2012. Six hundred ninety eight people live today thanks to the organs of two hundred forty eight donors who unfortunately lost their lives prematurely from January until the end of July 2013.