GRNews
GreekReporter.comHollywoodNick Cassavetes Directing 'The Other Woman' with Cameron Diaz

Nick Cassavetes Directing ‘The Other Woman’ with Cameron Diaz 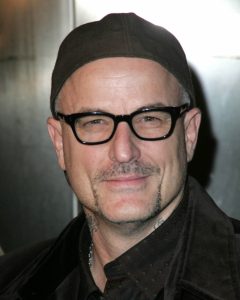 Greek-American director Nick Cassavetes is at work on his latest project, “The Other Woman,” which filmed on-location over the summer in the Hamptons, New York.

The comedy (not to be confused with the 2009 drama starring Natalie Portman) centers on a woman who, after realizing she’s not her boyfriend’s only flame, teams up with his wife to plot revenge. Cameron Diaz stars alongside Leslie Mann, model Kate Upton, and Nicolaj-Coster Waldau. Diaz and Cassavetes previously worked together on the 2009 drama “My Sister’s Keeper.”

Cassavetes recently premiered his indie film, “Yellow,” at the SxSW Film Festival in Austin this past March. He is also signed on to direct “Cali,” which is currently in pre-production.

“The Other Woman” is scheduled for an April 2014 release.