Nick Cassavetes to Give ‘Yellow’ U.S. Premiere at SXSW 2013 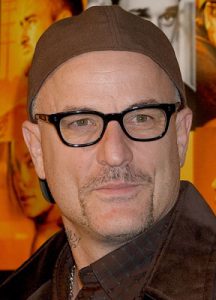 Greek-American director/screenwriter Nick Cassavetes has decided to debut his latest drama, “Yellow,” in the U.S. at the SXSW festival in Austin, Texas next month.

The film centers on a young woman who is a mother of four and substitute teacher dealing with a drug habit, among other problems. She visits a psychiatrist to unravel the meaning behind her dreams, as “Busby Berkeley, Cirque de Soleil, Circus freaks, and human farm animals all make appearances in this hallucinogenic tale of love and comeuppance,” according to the film’s synopsis.

The SXSW festival runs from March 8-17, with the film portion taking place March 8-16.

Here’s a look at the film’s trailer: