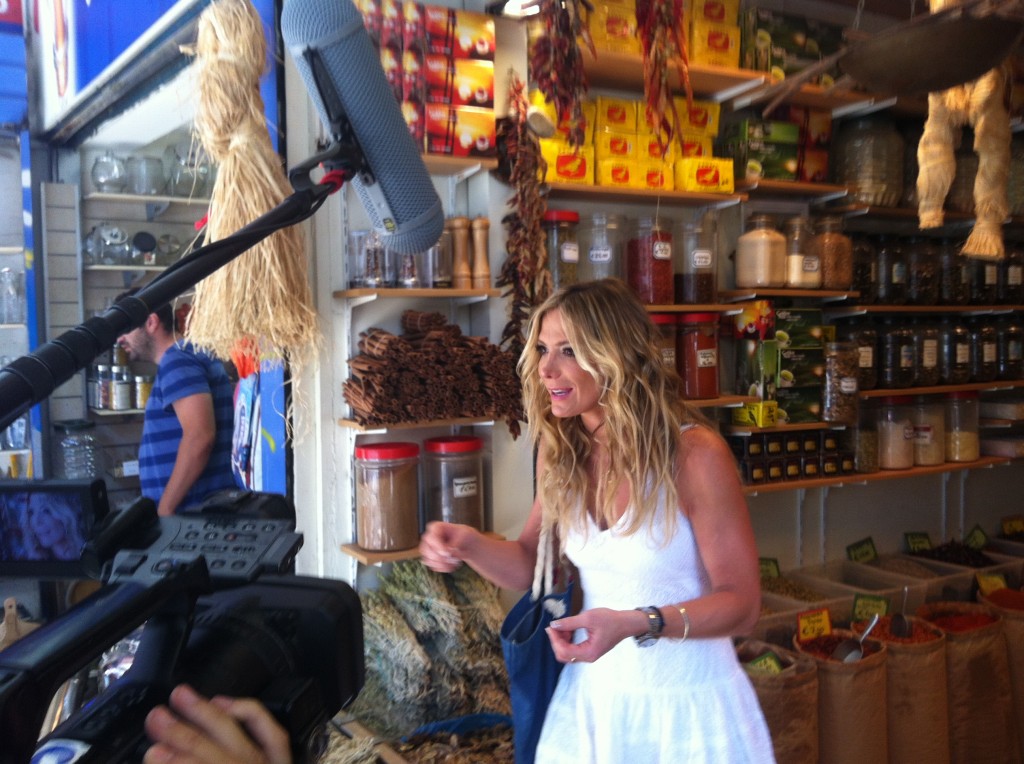 Actress and television personality Debbie Matenopoulos headed to Greece to take in the country’s beauty and food in preparation for her upcoming cookbook, It’s All Greek to Me: Transform Your Health the Mediterranean Way with My Family’s Century-Old Recipes, and the Oprah Winfrey Network (OWN) was right behind her.

If you happened to be in Athens last weekend, you may have caught a glimpse of the Emmy award-nominated TV host as she and a camera crew visited Plaka, Monastiraki and many of the local businesses. Showing off some of the best the city has to offer, OWN followed Matenopoulos around town for an episode of ”Oprah: Where Are They Now?”

The first stop during the weekend-long tour was at Taverna tou Psara in Plaka. After, the Greek-American and crew walked around the Agora on Andrianou Street and visited Elaias Gi in Politeia, where she took some photos and toured the cellar for the television program. 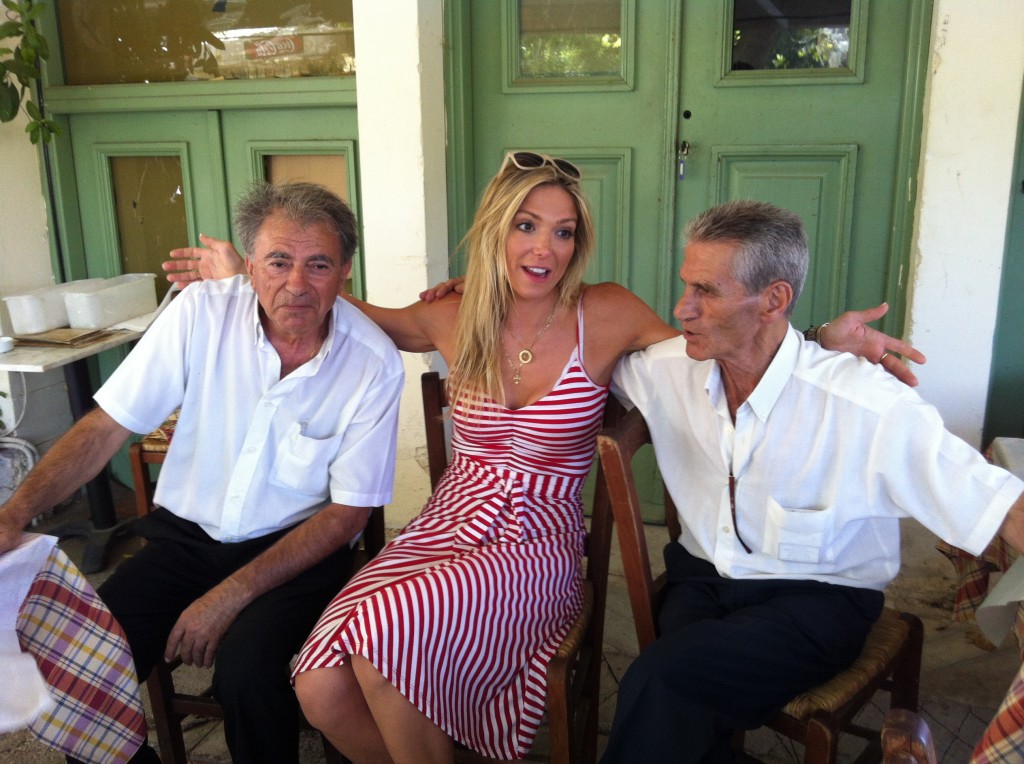 The cameras also filmed at the Varvakios Agora. Many of the vendors – from fish to meat to the vegetable and spice market – were very excited to hear Matenopoulos speak Greek. At the meat market, one vendor shouted, “Hi Oprah!,” when he found out why the camera crew was there. Matenopoulos was even invited by a nearby pastourma shop owner to try the camel and beef.

At Krinos famous loukoumades, Matenopoulos was guided through how the dessert is made. She shopped on Aeolou Street, and went to Monastiraki to play and listen to some bouzouki before heading to the Presidential Palace to see the Evzones.

With the Acropolis as the backdrop, the crew then sat down for an intimate interview with Matenopoulos at the Galaxy Bar inside the Athens Hilton.

The “Where Are They Now?” episode featuring Matenopoulos is scheduled to air on OWN this fall. For more information, visit: www.oprah.com.