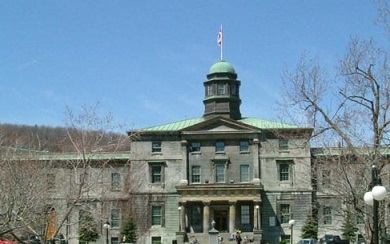 According to a recent announcement made by the Canadian Ambassador Robert Peck, on September 16, the first Canada-Greece/Cyprus University Partnership Forum will take place in the city of Athens.

According to the announcement, up to eight Canadian universities will be represented, in order to show the quality of the higher educational system of Canada. These are the universities of McGill, York, McMaster, Ottawa, Simon Fraser, Montreal, New Brunswick and the University of Waterloo-based Perimeter Institute for Theoretical Physics, which was founded by the Greek-Canadian businessman, Mike Lazaridis in 1999.

A big number of universities from Greece and Cyprus will be also represented in the event which will be opened by the Greek Minister of Education, Constantinos Arvanitopoulos.

The promotion of potential partnerships between the Canadian universities and the Greek and Cypriot ones is among the main goals of the highly expected forum, along with the establishment of cooperation between the institutions in both Greece and Cyprus with those in Canada.

The Canadian Ambassador, Robert Peck, noted that several agreements have already been made between the Canadian and Greek universities while there is a growing interest regarding the establishment of a broader bilateral academic cooperation.

In the framework of the coming forum, faculty exchange/enrichment programs, lectures, semester abroad programs, Canadian and Hellenic studies, and collaboration in research and development will be promoted.

In addition, Robert Peck saluted the Stavros Niarchos Foundation which recently gave more opportunities to Greek students for studies in Canada (at the universities of McGill, Ottawa and York) by establishing new scholarships at leading Canadian universities for Greek students on the occasion of the the 70th anniversary of Canada-Greece diplomatic relations.

Details regarding participation and registration for the open house can be found on Facebook at www.facebook.com/CanadainGreece or by sending an e-mail to [email protected] Canadian university alumni in Greece can join the Canadian University Graduates in Greece group at https://www.facebook.com/groups/cuggforum/