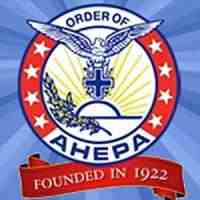 On July 26, 1922, eight Greek-American visionaries joined their forces in Atlanta to establish the American Hellenic Educational Progressive Association (AHEPA), an organization based on brotherhood with the aim to help the Greek immigrants assimilate into the American society and to combat intolerance and discrimination.

In 1922 discrimination against the Greek immigrants was violent and widespread. The revived Ku Klux Klan was intimidating the immigrants on a personal as well on an economic level. As the former Supreme President of AHEPA James Scofield wrote on the 75th anniversary of the group’s founding, this part of the American history is almost forgotten, perhaps because the descendants of those immigrants experienced the success and managed to rise economically.

In the 1920’s the Ku Klux Klan had power in the American South and was feared for its clandestine killings and persecutions of blacks and others the group chose as targets, including Greek immigrants.

KKK members threatened or attacked customers of Greek confectioneries and restaurants. As a result, their income was dramatically reduced and the businessmen were forced to sell their shops to non-Greeks at low prices.

A senior member of the racist organization said that the Mexicans and the Greeks must return where they came from, in order to maintain the superiority and the purity of the American people. Meanwhile, in Florida, a Greek immigrant was beated because he dated a “white” woman.

In Indiana, a northern state controlled by the KKK,  the group often lit crosses in the courtyards of Greek residents. The unprovoked beatings against Greeks weren’t referred to the police, for fear of a possible attack in return.

Orthodox Christians postponed indefinitely their plans to organize parishes. The Greek names, which were large and difficult to pronounce, became smaller and were “americanized”, after the bogus rumors about murders of Greeks, spread by Ku Klux Klan.

The founders of AHEPA chose to found the organization in Atlanta in an effort to get united, organized and to protect their life and property. Atlanta wasn’t chosen coincidentally, as in there were the central offices of Ku Klux Klan in the USA.

AHEPA financially supports scholarships, structures for the housing of the elderly, medical research and community programs. It is the most populous and the oldest organization promoting and preserving the Greek heritage, based in America, with branches in the USA, Canada, Greece and Cyprus. In parallel, it cooperates with its relative organizations, operating in Australia and New Zealand, under the auspices of AHEPA Australia-Asia.

AHEPA’s commitment on the field of education is evident throughout its history. More than four million dollars are spent in a local, regional and national level in the form of scholarships, while half million dollars are granted every year. Recently, the organization provided financial support to people in Greece who were in need, as well as to victims of the Typhoon Santi.