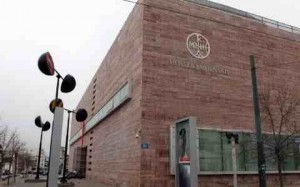 The Benaki Museum will soon open a branch in Melbourne, Australia.

According to press reports, the Benaki Museum will cooperate with the Hellenic Museum of Melbourne to organize exhibitions in the two countries, hoping that the Greek Diaspora will become more sensitized towards the Museum’s support. Official announcements are expected to be made soon.

The Hellenic Museum was founded in 2007 by Spyros Stamoulis in memory of his daughter, Nafsika.

Its aim is to provide Greek-Australians and the large diverse community of Australia with programs that promote understanding and appreciation for the rich cultural traditions of ancient and contemporary Greece, according to the Museum’s official website.

The Hellenic Museum of Melbourne collaborates on a regular basis with the Greek Culture Foundation.