Demonstrators at The Turkish Consulate 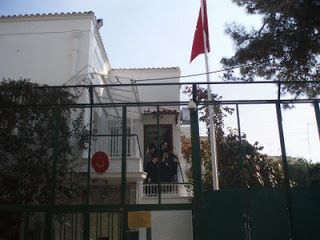