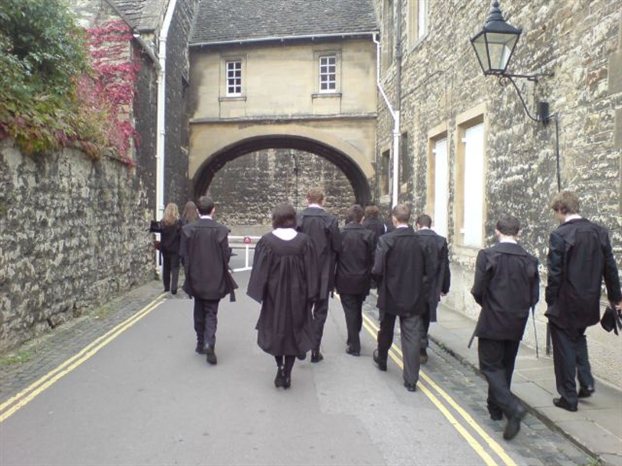 Students from the Athens Law School have recently received one more distinction, this time in the 6th International Roman Law Moot Court Competition. Students from the Law School of Athens prevailed over other groups of students from the universities of Oxford and Cambridge!
The Law School of Athens won the 1st prize in the competition which was held in Oxford on April 8 and 9. The Greek team consisting of Julia-Aikaterini Voulelis, Maria-Thomaida Epeoglou, Alexandros Papassotiriou and Maria-Thiresia Roussou prevailed in the semi-finals against the University of Cambridge. In the finals the Greek team surpassed the University of Oxford.
Julia-Aikaterini Voulelis also won the best orator award, while Alexandros Papassotiriou the third best orator award. The Greek team received three out of the six distinctions, and were awarded in a ceremony at All Souls College of Oxford, by the contest sponsor, an English law company.
Assistant professor Athena Dimopoulou had undertaken the scientific supervision of preparing the students.