The Greek islands have long been a symbol of beauty, sunny summer vacations and relaxation. With more than 3,000 islands in total and only 130 estimated to be inhabited, it would take approximately 80 years to visit all of them bigger and smaller islands and spend a week in each one of them. The natural beauties of the Greek islands have been praised for centuries and have been attracting thousands of tourists but some travel destinations have been better promoted than others or have simply not been fully explored yet. Yet perhaps this is part of their splendor, what really makes them worth visiting not only during the summer but all year long. 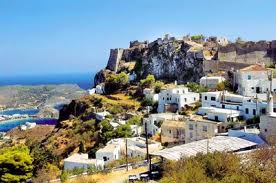 Cythera
Lying opposite the south-eastern tip of the Peloponnese peninsula, Cythera is administratively part of the Islands regional unit, which is part of the Attica region. Pregnant with history and a rich multicultural background due to its location, the island once served as a crossroads of traders, conquerors and civilizations that each left its distinctive marks on it.
Subject to the strong winds of Cape Malea, the island of Cythera has been one one of the most dangerous points in the Mediterranean and its shores are steep rocky cliffs with deep bays that inspired many artists over time.
With a decreased population due to external and internal migration, the island offers a peaceful refuge for those who want a vacation close to nature and away from noise and crowds. Pebbled beaches with crystal clear waters, newly constructed amenities, dozens of small villages and cultural events taking place in high season are some of the island’s highlights.
The capital city called Chora features the impressive venetian Castle, while all around the small island you can find museums, churches and monasteries of great architectural value. Another major attraction of the island is the Cave of Aghia Sofia near Milopotamos village and the Nordland shipwreck just outside the harbor of Avlemonas village.
The port of Diakofti in Cythera currently serves scheduled routes to/from Gythion, Kalamata, Antikythera, Piraeus, Crete and Neapolis – Vatika, while there is also a small airport.
Kastellorizo 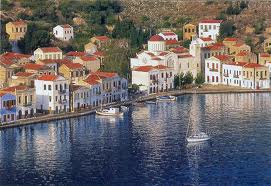 The smallest island of the Dodecanese complex, Kastellorizo most probably translates as Red Castle but there are numerous hypotheses concerning its origins. Kastellorizo is the easternmost island of Greece located 125km east of Rhodes island and 2km off the Turkish coast.
It is connected with Rhodes by ferry and is served by Kastellorizo Airport. Kastellorizo has 4 boats to Kas, Turkey. There is one small bus in service on Kastellorizo usually employed to pick up tourists from the airport. Its current population is less than 500 permanent residents all living in the town of Megisti.
The picturesque houses set around the small port of Megisti, the archaiological sights of the Palaiokastro from the 3rd Century B.C. and the Lycean Tomb from the 4th century BC, the catacombs of Aghios Charalambos leading to the church of St. George of the Mountain are some of the places one should visit in Kastellorizo. Although there are no organized beaches, the waters surrounding the islet are clear. The island is also famous for its sea cave and its serenity, which makes it ideal for anyone wishing to spend their vacation in private. 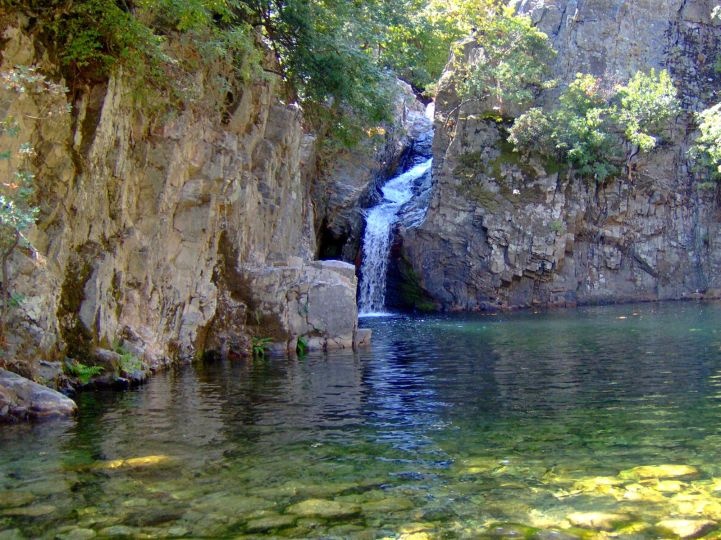 Samothrace
Samothrace is located in the northern Aegean Sea and is one of the most rugged Greek islands, with Mt. Saos rising to 1,611 m. Lately the island has been promoted as a paradise for those interested in alternative forms of tourism because it offers countless activities and possibilities as well  as a breathtaking landscape combining mountainous terrain and the blue sea.
The island is full of beaches, archaeological sites, rivers and streams that make it an idyllic choice for the summer time. The Sanctuary of the Great Gods, the Archaeological Museum, the medieval castle of the Gateluzi family are among the top attractions to pay visit to besides of the numerous natural beauties spread across the island.
The rich vegetation and naturally formed waterfalls of the island add to its beauty, with the most famous waterfalls being Kleidosi (created by the stream Fonias) and Kremasto and its cave. Birdwatchers can enjoy their time in the lagoon of Aghios Andreas, while the beach of the Gardens is unique due to its black and grey colored pebbles.
The port of Kamariotissa, the most crowded point of the island, is connected to Alexandroupolis via ferry boats. The island is also popular for hosting psychedelic trance festivals and its thermal springs in the village of Therma. Extreme sports fans will definitely find something new and interesting to try out in Samothrace.