‘Sounds of Greece’ Kicks Off at SXSW 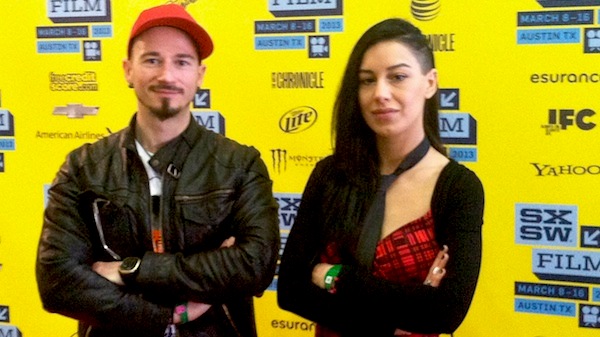 Stereo Mike (photo) opens the “Sound of Greece at SXSW” event with a performance at the world famous festival tonight. SXSW (South by Southwest) Music, Film and Interactive Festival will showcase Greek music for the first time in 2013.

In a one-of-a-kind event, SXSW 2013 audiences will have the opportunity to witness the sounds of some of Greece’s leading bands, an international experience opportunity that transcends space and time.

Brothers Lysandros and Orestis Falireas and their eight-piece band called Imam Baildi will perform on Friday, March 15th, at the International Day Stage of the Austin Convention Center, while MTV award winner Stereo Mike will be the featured artist of the International Hip Hop Night, taking place at the Meduse Lounge on Wednesday, March 13th. Plastic Flowers will perform on March 15 at 11pm at The Velveta Room.

SXSW festival attendees will have the unique chance to hear vintage remixes of Greek music from the 1940s, ‘50s and ’60s as the internationally acclaimed young Greek band Imam Baildi brings its music to the festival. They are joined by the first Greek hip hop act to play the music conference, Stereo Mike, a multi-instrumentalist, lyricist and rapper with three albums and many awards under his belt, who is also filming every step of his unprecedented travels from London to Austin, all of which will result in a behind-the-scenes, artist-cut, honest-to-heart and all-around hilarious documentary. Mike will edit the footage himself and produce limited edition copies of the documentary for backers of the Kickstarter campaign created to fund the filming.

Stereo Mike has an established international reputation as one of the most innovative contemporary artists from Greece, one whose melodies, irresistible hooks and social message transcend musical boundaries. Stereo Mike was officially born with the release of his debut album Satiri Nomades (AMG Records), featuring the track “I Polis”, which garnered Mike his first nomination for Best Hip Hop Video at the 2006 Greek VMAs.

Imam Baildi combines Bouzouki, electro swing, Greek roots, hip hop and mambo, coupled up with big band orchestration and Balkan brass, all resulting in perfectly prepared, massive-sounding music and incomparably explosive performances. Remixing songs by legendary composers and singers from Greece, such as S. Vembo, M. Linda, V. Tsitsanis and M. Hiotis and combining them with new sounds and production and remix techniques to embed them into a contemporary musical context, the band creates a one-of-a-kind, 100% danceable sound that has sold out shows all over the world.

Making the perfect trifecta along with Stereo Mike and Imam Baildi is Plastic Flowers, a lo-fi pop duo that features heavy use of synthesizers and atmospheric sound scapes along with the projection of dreamy visuals to generate an all-encompassing sensory experience for concert attendees.

Greek Reporter is the official Media Sponsor of “Sounds of Greece” at SxSW. Take a look at our page dedicated to the Greek event here.