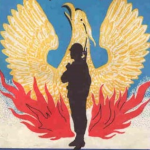 Hot Doc monthly magazine, run by Costas Vaxevanis, the journalist who revealed the names of the 2,062 Greeks with $1.95 billion in secret Swiss bank accounts that haven’t been checked for possible tax evasion for nearly three years, has published charges that Ilias Philippakopoulos, manager of the New Democracy Conservative party’s General Secretary was a sympathizer of the brutal military dictatorship that ruled Greece from 1967-74.
By his position, Philippakopoulos is a high-ranking official in Prime Minister Antonis Samaras’ government. The Premier had no immediate comment on the article. The junta is idolized by the neo-Nazi Golden Dawn party, which has 18 seats in the Parliament and has an anti-immigrant stance, which New Democracy has adopted as well.
The magazine reproduced a letter it claimed that he sent to the former dictator, Col. Georgios Papadopoulos, congratulating him on the junta’s second anniversary and expressing his support.
According to the article, Philippakopoulos was President of the students’ union during the military dictatorship. The dictatorship, referred to as the Junta, seized power on April 21, 1967 after a US-backed coup and quickly crushed all opposition, banned all parties and unions and restricted democratic rights. The student unions which were progressive at the time, were replaced by government-controlled unions without elections and lacked any democratic legitimacy.
Philippakopoulos was appointed the student’s union president of the Metsoveion Polytechnic School, the largest University in Greece at the time, where in 1973 the student’s rebellion would take place. During the junta only people closely attached to the regime where allowed to occupy positions in unions and public sector jobs. Students who were against the regime – a vast majority, to make them themselves distinct-  created a free students’ union called Anti-EFEE, where EFEE was the name of the Greek National Student’s Union.
In 1969, Greece was kicked out of the  Council of Europe, an international organization with respect to the law, freedom, human rights and democracy. Philippakopoulos sent letters to the dictator, Papadopoulos, to congratulate him on his “conflict with the barbarian Europeans” as he put it.
Philippakopoulos has been accused for his far-right beliefs and actions even from inside the party of New Democracy. In 2005, he was appointed to the board of director’s of OLP, which operated the Piraeus port. There he tried to stop international competition for the quittance of new machinery in favor of a company and refused to quit, even when asked to do so by the then Minister of Shipping Affairs.
Samaras’ party also includes extreme-rightist Makis Voridis, who tried to form an ultra-nationalist party years ago and was a former member of the ultra-conservative LAOS party before jumping ship to take a position in New Democracy. Two decades ago, he was photographed  holding an axe and chasing citizens in the streets of Athens as part of a far-right gang.
Public Order Minister Nikos Dendias used to be a member of ENEK, a neo-Nazi group rival to Golden Dawn back in the 1980’s. Adonis Georgiadis is also a first-line MP of the party who used to be an MP for Laos and left after it failed to enter Parliament in 2012. Failos Kranidiotis, the Prime Minister’s personal consultant, has espoused hard-line tactics as well.