GRNews
GreekReporter.comGreek NewsArtByzantium Masterpieces to be Exhibited in the US

Byzantium Masterpieces to be Exhibited in the US 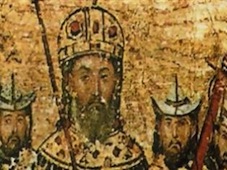 A grand exhibition of the Byzantium era titled Heaven and Earth. Art of Byzantium from Greek Collections, will be presented at the National Gallery of Art in Washington from October 2013 to March 2014, followed at the J. Paul Getty Museum in Malibu, California from April to August 2014.

The exhibition will include some 300 artifacts from various private and public museums and monasteries in Greece, as well as findings from recent excavations. It will also present the Greek element of the Byzantium era to American audiences. The exhibition actually aims at navigating visitors to specific centers of the Byzantine empire, such as Thessaloniki, Athens, Theva, Arta, Korinthos, Mystras, Rhodes and Crete.