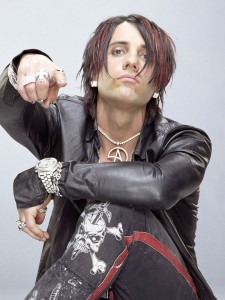 The docu-series will allow audiences to get a glimpse behind the Greek-American’s illusions, as well as let them in on the secrets and methods of his tricks. It will soon begin shooting in Las Vegas and then travel across the country. Angel is executive producing and directing, alongside LBI Entertainment.

Eleven episodes, each 60 minutes, were greenlit by Spike. The show has yet to be titled. Each week, an episode will feature a new demonstration never attempted before, and there will be celebrity guests. The audience gets to go inside Angel’s process with his team as they come up with brand new illusions.

Sharon Levy, Spike’s executive vice president of original series, said in a statement that the magician is “a perfect fit for our evolving adult brand. Criss has grown immeasurably as an artist and we are excited to give our viewers never-before-granted access into the inner workings of his secret world and his mind.”