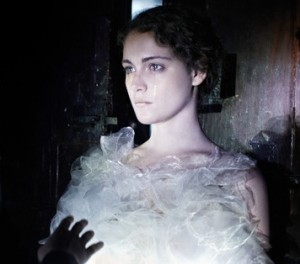 Next month, Greece is being represented at the prestigious Sundance Film Festival in Park City, Utah with Athina Rachel Tsangari’s “The Capsule.”

The 35-minute film, described as a “Greek gothic mystery,” is entered in the shorts competition. The plot summary is as follows:

Seven young women. A mansion perched on a Cycladic rock. A series of lessons on discipline, desire, discovery, and disappearance. A melancholy, inescapable cycle on the brink of womanhood—infinitely.

Tsangari also co-wrote and co-produced the short. Her other credits include the critically acclaimed full-length feature “Attenberg,” and she’s worked alongside Giorgos Lanthimos’ on many of his films, such as “Dogtooth” and “Alps.”

In addition to representing Greece with her own film, Tsangari co-produced and stars in Richard Linklater’s “Before Midnight,” which will premiere at the festival. Set in Greece, “Before Midnight” brings Ethan Hawke and Julie Delpy back together to pick up where “Before Sunrise” and “Before Sunset” left off.

Climate Emergency: Is Europe Ready to Deal with Natural Disasters?