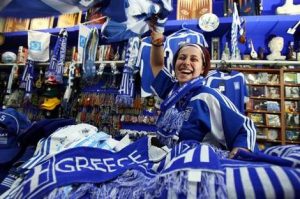 The municipality of Melbourne along with the State Government have taken the initiative to highlight the Greek Corner in the center of the city, despite the fact that the majority of Greeks no longer live on Lonsdale Street.

The construction of Melbourne’s Greek Community Cultural Center is expected to give a different air to this historic immigrants’ street.

In his effort to promote Lonsdale Street’s Greek profile, the Australian politician of Greek descent and Minister for Multicultural Affairs, Nicholas Kotsiras, decided to install a new column on which the street’s history is written.

The installation of this column is part of a program with an overall cost of $ 10 million in order to promote and highlight the three cultural districts in the downtown center of Melbourne. Greek Corner’s lighting has been also recently changed by the Municipality of Melbourne.

The President of the Greek Orthodox Community of Melbourne and Victoria (GOCMV), Bill Papastergiadis, has several times asked the authorities of the State Government and the municipality to support in every way possible street modulation plans which aim to highlight the longtime Greek presence in the area.