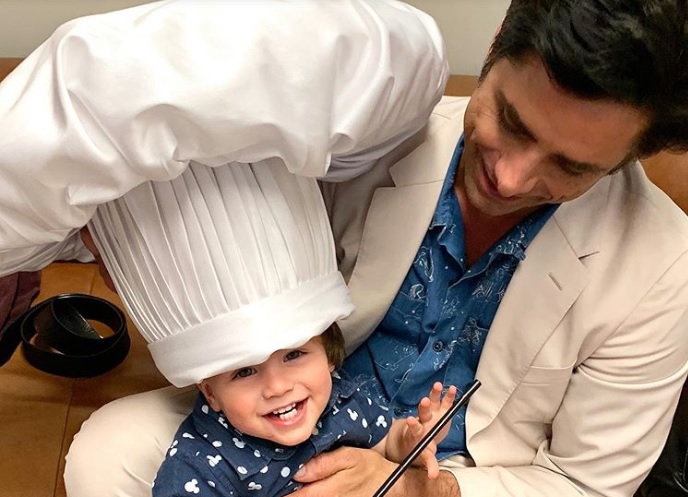 The famous Greek American actor John Stamos, now starring in Gore Vidal’s The Best Man, told his fans in an interview with Vanity Fair magazine that his father’s native Greek island of Santorini is never far from his mind and that he loves visiting.

Stamos said that he loves Santorini so much that he wishes, “One day I would love to retire there, own a restaurant, play music, eat and make babies. (Not necessarily in that order),” giving his many female fans, including in Greece, something to think about.

While Greece is far from the United States, he said  that eight movies is all he needs to forget the distance. Don’t expect to meet Stamos while on Santorini in any crowded beach, though, because he spends his time “in remote villages and homegrown hotels, having no TV at all.”

While Santorini is an ideal destination for couples in love, Stamos says he prefers his female dates as travel companions in general, but likes to take along his good friend, Bob Saget, an American stand-up comedian, too.

Of course, he also loves Greek food. “I like to find real mom-and-pop restaurants. One of the beautiful things about some of the restaurants there is you get to go in the kitchen and pick out your own fish or meat. I like that. Sometimes I even stay in the kitchen to learn how to cook,” he said

Stamos said he likes to stay in shape too, and while he’s quite fit, while on Santorini he prefers hiking on mountains or swimming in the blue ocean to being in the gym. And when he is in the mood to paint the town red, he goes to “great nightclubs and bars on the beaches there. Nothing like dancing under the Greek moonlight,” he concluded.