Samaras Thanks Minister Kotsiras for Congratulating Him 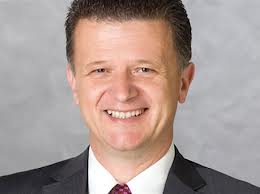 When new Prime Minister Antonis Samaras was elected on June 17, he got a letter of congratulations from Nick Kotsiras, Victoria’s Greek-Australian Minister for Multicultural Affairs and Citizenship, and didn’t forget it.

Kotsiras has a letter now too: from Samaras, thanking him for sending congratulations after a narrow victory and tough campaign. Samaras stressed to Kotsiras that he got elected “in a period that Greece is facing many financial woes and there are many things to be done in order for the country to improve its image abroad.”

Samaras added: “My top priority is to bring trust and optimism back to Greek people, and Greece to get the place it deserves on the global map.” He also said that, “We should take advantage of every development possibility.”

Samaras noted Kotsiras’ election to the Australian Parliament, as well as becoming a minister. They come from the same area in Greece, Messinia prefecture and have supported each other for years. “It is very encouraging for someone to see Greeks and close friends, like you, having a successful career, and be elected in significant positions in the countries they live,” concluded Samaras. In an interview two years ago, Kotsiras predicted that, “My friend, Antonis, will soon be elected Greek PM.”