TechNews
GreekReporter.com Europe "Bulgaria and Greece Should Strengthen Ties and Leave Past Behind," reports Bulgarian...

“Bulgaria and Greece Should Strengthen Ties and Leave Past Behind,” reports Bulgarian Businessman 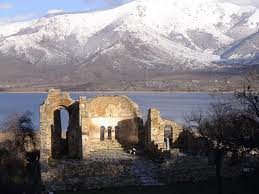 Mr Stanchev admits that Greece needs support in these hard times, “especially moral.” Commenting on Bulgarian President Rosen Plevneliev’s visit to Greece,  the Bulgarian businessman says that it was really important since both countries should leave past experiences behind.

He also referred to Bulgarian tsar Samuel’s relics found in Greece by Greek archaeologist Nikolaos Mitsopulos. Tsar Samuel’s grave on the island of Saint Achilles in Prespa Lake is not well preserved by Greek authorities and thus, Mr. Stanchev is calling on the Greek state to do some necessary work to prevent it from collapsing. “There is no sign in the area showing that this is the grave of tsar Samuel,” adds Stanchev, “but signs written in Greek and English would be enough for us,” he concludes.

Stanchev concludes that Greece is facing serious financial problems right now and thus, it would be impossible for the current state to organize big cultural events. However, that does not preclude interest and demand for such events, even smaller ones. Besides, this would be a good opportunity for Balkan countries to solve their disputes sometime, “these disputes that we do not often speak about,” concludes Stanchev.