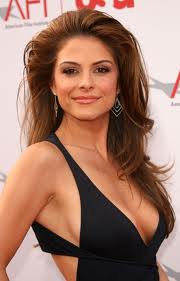 Maria Menounos has been dating producer Keven Undergaro for almost 14 years, but they are not ready to get hitched yet, says the Greek-American host.

She’s danced for “Dancing with the Stars”  viewed by hundreds of thousands of Americans, she had snakes twisted around her body at her birthday party, she has fought in Times Square dressed up in a tiny bikini during winter, but Maria feels scared of just one thing: marriage.

The Greek-American superstar admits that Undergaro is “the one” for her, but she does not feel sure she’s ready to tie the knot yet. “I think there was definitely a moment where we could have done it,” she confessed on a talk show on Thursday.

Maria Menounos, aged 34, said that in the beginning of the relationship they “really felt it,” but the timing was not right. Later on, they got so busy that they did not think about the marriage any more and realized that they did not need to get married.

“And that’s still the question in my mind: Are you supposed to get married? Do you have to get married? It doesn’t look like it works out that well a lot unfortunately, so it scares me,” she concludes.

But Maria’s Greek parents insist on her getting married. At first, her dad was upset because Undergaro was not Greek,  but they have totally accepted her choice at this point. They have put pressure on them, however, to have kids “because life is meaningless without kids.”

The San Francisco City Hall will be illuminated with the colors of the Greek flag on March 25, on the 200th Anniversary of the 1821 Greek War of Independence.
Greece