Charity Concert Collects Medicine and Milk Instead of Selling Tickets 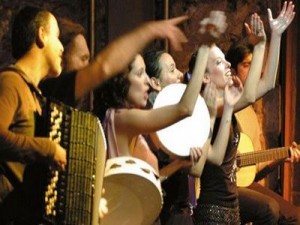 A different sort of concert offering a rather interesting ticket will take place in Athens, organized by the Greek Hellenic Broadcasting Corporation(ERT), in collaboration with the city’s Municipality, the Greek Therapy Center for Dependent Individuals(KETHEA) and the Doctors of the World.
Music band Encardia will entertain attendants of the event, aiming to support the work of the Doctors of the World financially.
Instead of purchasing a ticket, the viewers may offer antibiotics, whether for adults or kids, painkillers or even a carton of milk.
Music band Encardia became widely known in Greece after a film was made dedicated to their performances, as directed by Aggelos Kolovotsos. The documentary titled “Encardia, the Dancing Stone,” was presented at the annual Documentaries Festival in Thessaloniki. The film was inspired by the music traditon of Greek-speaking inhabitants in Southern Italy.
Members of the group often travel to this part of Italy, exploring the main features of the interesting culture of the region, which is partly Greek and partly Italian. Locals of Calabria and Grecia Salentina in Southern Italy call their own dialect “Griko.” This language variation dates back to the 8th century B.C. and had been used by locals until the Byzantine period.
In August 2008, Encardia performed in Italy, supporting singer Fabrizio Avantaggiato at the “La Notte della Taranta” Festival, which had about 12,000 attendees.

One of the most recognizable figures of antiquity, the Sphinx, took many forms in the civilizations of Greece, the Near East and Asia.