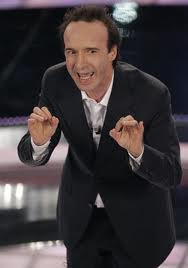 The famous Italian actor, director and screenwriter, Roberto Benigni, will be inaugurated as Honorary Lecturer of the Italian Language and Literature Department at the Aristotle University of Thessaloniki.
He was selected because of his brilliant artistic career and his original personality that harmonically combines his Italian mentality and cultural heritage. The ceremony will take place on Wednesday the 4th on April at 7 p.m., in the events’ chamber of The Old Faculty of Philosophy at Aristotle University.
Roberto Remigio Benigni was born in 1952 in Manciano La Misericordia near Castiglion Fiorentino in Toscana, Italy. Benigni became famous in Italy in the 1970s for a shocking TV series called Onda Libera. The show was considered scandalous for the time, and the series was suspended due to censorship.
Afterwards, he appeared during a public political demonstration by the Italian Communist Party, and on this occasion he lifted and cradled the national leader Enrico Berlinguer, a very serious figure. It was an unprecedented act, given that until that moment Italian politicians were proverbially serious and formal. It represented a turning point in Italian politics.
Benigni was censored again in the 1980s for calling Pope John Paul II something impolite during an important live TV show.
In 1983 he started directing and starring in many films along with Nicoletta Braschi, whom he married in 1991. Benigni is probably best known outside Italy for his 1997 tragicomedy Life Is Beautiful, in which the suffering of Jewish prisoners in German concentration camps is shown.
Benigni’s father had spent three years in a concentration camp, and La Vita è Bella is based in part on his father’s experiences. The film was awarded the Oscar for Best Foreign Language Film, which Benigni accepted as the film’s director.