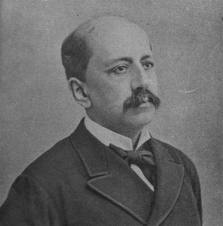 The exhibition entitled “Charilaos Trikoupis: Historic Relics of the Trikoupis Family” was inaugurated Tuesday evening by the President of the Hellenic Republic, Karolos Papoulias, at the Eleftherios Venizelos venue of the Hellenic Parliament building.
The exhibition includes the personal archives, library, historic relics, personal and family belongings and portraits donated by Mrs. Rita Frei-Trikoupis, the widow of Constantine S. Trikoupis, to the Parliament Library in 2010. Complementary material to the exhibition includes books, newspapers and journals, as well as photographic material from the collections of the Parliament’s Library.
“The Hellenic Parliament honors today a prominent figure of our political history, which dominated the public life of the country in the late 19th century. Charilaos Trikoupis has put his personal seal on his era and bequeathed to us his ideas and work” commented the President of the Parliament, Philippos Petsalnikos.
The Greek politician characterized Trikoupis’ work of reform as “innovative, modernizing and farsighted”, while he also commented that Trikoupis belonged to those inspired politicians who aimed at promoting the national goals and had a strategic plan of action.