Israel Plans to Set Up Military Station in Cyprus 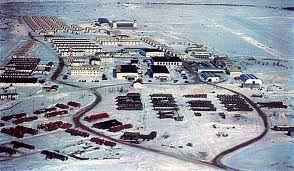 Israel will ask the Cyprus government for permission to station military jets at the Andreas Papandreou airbase in Paphos, creating the first Israeli military station outside the Jewish state.
It is unknown if the plans include a permanent military presence on the island, with a full time deployment of airmen – but it is understood the matter will be discussed when Israeli Prime Minister Benjamin Netanyahu visits later this month, becoming the country’s first premier to visit the island.
According to the Chinese state-run Xinhua news agency, the prospect “is at the exploratory stage – it’s not clear if it will or won’t happen,” an Israeli official told the agency.
The official, however, allowed that such a potential offshore airbase “is an existing option, and we’re investigating the possibility,” but again cautioned that such an agreement “isn’t totally sewn up.”
Rumours that Israel had requested use of the base have been circulating for several months, and the request is understood to have been discussed at a recent meeting between the Cypriot Minister of defense and his Israeli counterpart.
(Source:Defencegreece.com)