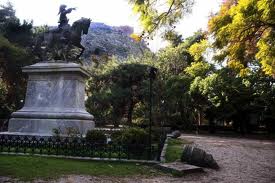 Unidentified individuals tried to vandalize and steal parts of the monument of the hero Theodoros Kolokotronis, that is located in Nafplio.
Earlier in the week the monument of the hero Demetris Ypsilantis was vandalized, when someone broke the cross hanging over the monument of the Greek hero.
As far as the Kolokotronis Monument is concerned, vandals tried to destroy and then steal the cannon near the monument of Kolokotronis, but they did not manage to steal it and then fled the scene.
The Mayor of Nafplio, Panayotis Anagnostaras, publicly denounced the vandalisms, adding: ‘I want to express my outrage concerning the incident and make an appeal to all political representatives to protect the cultural heritage of our country”.
Anagnostaras concluded that he is going to file a lawsuit against the unknown offenders.