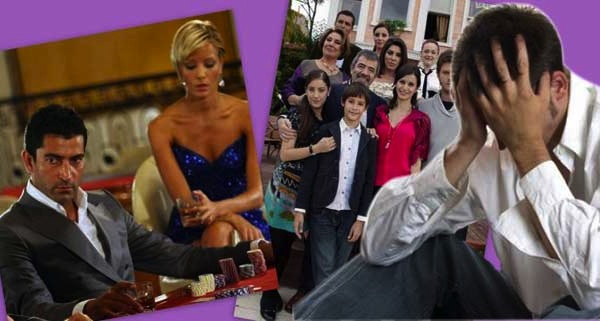 Athens Reuters made an extensive and thorough report on Turkish drama TV series dominating daily Greek TV programmes, with more and more Greeks becoming enthusiastic over the neighboring country’s products.
Beginning the report with an Athens taxi driver, his Turkish passenger, who happens to be the boss of a company selling Turkish TV series to Greece, and the driver’s wife, who wants to know what is to happen of her favorite protagonists in the coming episodes, Reuters explains how “the glitzy tales of forbidden love, adultery, clan loyalties and betrayal” have become a sort of comfort for recession-hit Greeks.
The financial crisis plaguing Greece led TV channels to buy Turkish productions in order to save money. But now, it seems that these soap operas are “saving” the Greeks from their everyday problems.
Some fear this is a cultural invasion but others see it as an opportunity of getting to know the everyday lives of simple people.
“Kismet”, “Ask ve Ceza”, “Ezel” and “Ask-I Memnu” are only some of the many Turkish series previously broadcast or still on air in Greece.
The panoramic shots of Istanbul, the awakening of memories related to better times, lost traditions and familiar scenes have skyrocketed the ratings of the Turkish TV series.
“Ezel” and the other series portray a lost dimension of Greek society that has been buried in recent years,” novelist Nikos Heiladakis wrote in a local newspaper article about the success of one crime drama. “It awakens in today’s Greek a lost identity,” he wrote.
According to Reuters, Greek fans are so impressed by the new trend that they are already writing Turkish words on their Facebook accounts, while “some Greek magazines have started offering CDs for intensive Turkish lessons.