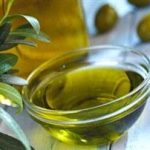 The world leader of olive oil exports to Russia remains Spain and other companies such as Aceites Agro Sevilla S.A. and Aceites Borges Pont S.A.

Representatives from the Greek Embassy in Russia emphasize that advertising plays a leading role to the promotion and exports of olive oil and that Italy and Spain have invested a lot to the advertising of their products.

Finally, the International Olive Oil Council has launched since June, 2010 an ambitious program in order to promote olive oil production in Russia that includes among others advertising and direct promotion of the products to consumers.