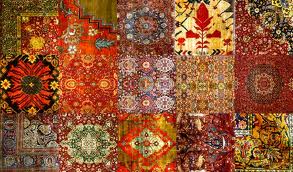 Hand-woven Persian rugs have attracted visitors at Iran’s third traditional carpet exhibition held in the Greek capital, Athens, says a report.
In the inaugural ceremony convened by Iranian Ambassador to Greece Mehdi Honardoost, Iran’s cultural attaché in Athens Mohammad-Reza Pakravan and a dozens of businessmen from both countries, Honardoost referred to Persian rugs as a genuine work of art, IRNA reported on Friday.
The Iranian envoy said, “Preserving the artistic structure of Iranian carpet, which is the key to its eternity, is a must.”
He underlined the need to expand Iran’s carpet market.
Earlier in December, Zoe Kazazaki, the general director of Modern Culture at the Hellenic Ministry of Culture and Tourism of Greece, during a meeting with Pakravan in Athens, expressed the country’s willingness to expand cultural ties with Iran.
She said the Greek government would make every effort to promote cultural cooperation with Iran.
Carpet-weaving, which dates back to ancient Persia, is one of the most distinguished manifestations of Persian culture and art.
There is an estimated population of 1.2 million weavers in Iran, who produce carpets for both domestic and international markets.
Iran exports carpets to more than 100 countries, as the country’s hand-woven rugs are one of its main non-oil export products.
Experts attribute the increasingly lucrative market for Persian carpets worldwide to the quality of the rugs as well as their color and design.