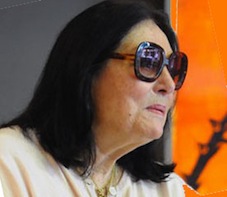 Given that for the past two years there is an ongoing ruthless propaganda from the global media against Greek people it came as no surprise that a German newspaper, Welt hosted yet another  anti-Hellenic interview. By now Greek people are used to be called lazy and useless. What really struck Greeks this time was that the attack came from a Greek. In fact it came from a Greek artist, the internationally recognized singer Nana Mouskouri.

“The general negative atmosphere at the Greeks is justified and correct.”

In her interview Mrs. Mouskouri accused all Greeks who according to her deserve what’s happening to them: “I think the general negatively charged atmosphere against the Greek people, is justified and correct.” stated Mouskouri who has spent most of her life in Paris and Geneva.

Mouskouri, the Germans and the junta

When asked to comment on the anti-German feelings gaining ground in Greece lately given the fact that the 77-year-old Mouskouri had lived the Nazi occupation of Greece, the singer answered that the past has nothing to do with what is going on today.  “I do not understand this. I’m really angry. I feel ashamed. Greece needs help but it cannot get it for free” adds Mrs. Mouskouri.

While many would agree that the second world war and the Nazis can’t be blamed for Greece’s current tragedy, and that Greek people do have the largest share of responsibility for voting corrupted politicians one can’t help but wonder, why Mrs. Mouskouri is making these statements for a country-her country- where suicide and angst related mental illnesses rates have doubled in a year. But then again, Mrs. Mouskouri never really cared whether Greek people suffered or not. During the military junta from 1967-1974 when young Greeks were brutally tortured by the colonels’ regime, Mrs. Mouskouri was carelessly singing for celebrating the regime at the Panathinako stadium in central Athens fifteen minutes away from Bouboulinas Street where the regime based its torturing facilities. In fact, her attitude towards the military coup was the reason that legendary actress and politician Melina Merkouri slapped her in front of the French media in Paris.

Mrs. Mouskouri noted that Greece needs Europe much more than the other way round. “We all need Europe. Even the Greeks must learn that they have to pay their debts back. For the past 30 years, since Greece entered the EU, the country had been living in a lie, in a fake prosperity. And it was the wealthiest, who chose the ones who would rule the country” stated Mrs. Mouskouri. According to the singer, the socialists’ party (PASOK) is to blame for the current situation in Greece, since they are the ones who encouraged their voters to work less in their secured and well-paid jobs.

“All of this lifestyle, the houses, the cars, the elections, were all funded by European money. Now Europe has the right to be angry for not getting its money back” said Mrs. Mouskouri.

She is partly right of course. Greece does have an over bloated public sector with people who up until now received a “Thank you for coming to work” bonus, but Greeks are not all public sector workers and not all public sector workers are lazy. Also, Socialists are not the only party to blame for this situation. Main opposition party New Democracy, applied the exact same policies and hired hundreds of thousands of public sector employees. But it seems that Mrs. Mouskouri prefers to forget this minor detail as this was the party through which she got the ticket to the European parliament (yes she’s also served as a politician in order to “save” us) as a European PM representing Greece, without even having to go through the stressful procedure of collecting votes, since she was elected from the list.

One thing is for sure. Given the hardships Greeks are experiencing right now, it would be better for well off artists who conveniently reside in Paris and Geneva to stick to what they know best and sing instead of making political judgments for a country they barely know.

Recent excavations undertaken by the Ephorate of Antiquities of Lesvos  have revealed new Byzantine structures and baths dating back to the Ottoman era.
Greek church

The Nea Moni Monastery on the Greek island of Chios is a treasure from Greece's long history, now listed on UNESCO's World Heritage List.
Business