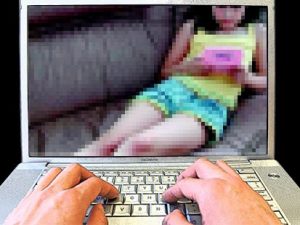 The Greek Police e-crime Unit arrived on the 6th of September in Crete after tracking down through electronic trails a child pornography ring located on the island.
Echelon of the e-crime unit attended by a judicial officer proceeded with the attachment of three servers found in the Heraklion district and three PCs located in the towns of Rethymno, Agios Nikolas and Ierapetra.
More specifically, investigations were focused on the N. Alikarnassos area, where a 29-year-old man was arrested after taking his PC for containing child pornographic material.
The 29-year-old was eventually set free but must face trial in the coming weeks. The police extended its investigation throughout the peninsula and Agios Nikolaos, while the case is being further investigated in search of more persons involved in the illegal possession and transmission of child pornographic material.
According to accurate information of Cretalive.gr, the child porn ring has widened up and covered the island from its West side to its East, with the extreme case of a priest from Crete allegedly being part of it.
In fact, evidence that occurred from the Ierapetra and Agios Nikolaos investigations are already placed in the hands of justice in order to match them to the attached PCs.

Hypatia: The Female Greek Philosopher Killed for Her Beliefs