Billy Zane (or Zanetakos) talks exclusively to Greek Reporter’s Christina Aloupi about getting involved with the business side of the entertainment industry after being an actor for many years. 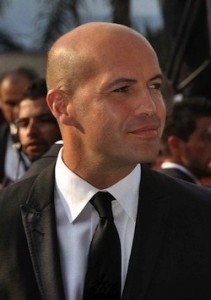 Billy Zane, is one of the most well-known Greek-American actors in Hollywood. He is also a producer and director. Zane is best known for his roles as Caledon “Cal” Hockley in Titanic, The Phantom from The Phantom, John Wheeler in Twin Peaks and Mr. E in CQ.

He was born in Chicago, Illinois, the son of Thalia and William George Zane, Sr. Both his parents are of Greek descent so this is where Billy gets his Greek pride from. Their original family name – as he mentions in our interview – was Zanetakos but his parents changed it to the more anglicized “Zane”.