“Ancient Egyptian Science & Metaphysics: The Essence of Religious Allegories & The Roots of Scientific Thought” Conference Held in Alexandria May 6th 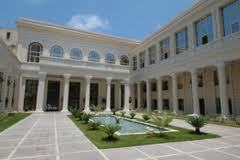 On Friday, May 6th, an international conference on “Ancient Egyptian Science and Metaphysics: The Essence of Religious Allegories and The Roots of Scientific Thought” will be held at the Patriarchal Library of Alexandria, under the auspices of the Patriarch of Alexandria and All Africa, Theodore II.
Dr. Amanda – Aliki Maravelia is in charge of the conference organization, who is also a scientific associate of the Center for Egyptology Studies, Russian Academy of Sciences.
The aim of the conference is to trace and evaluate the ancient Egyptian worldview and religion, as well as the pre-scientific attempts of ancient Egyptians to comprehend their surroundings and existence.
Issues to be discussed include the metaphysical background of ancient Egyptian religion in ancient Egyptian astronomy, mathematics and medicine. Furthermore, the interaction between science and religion will be discussed, as it is reflected in priesthood and philosopher’s thinking.
An international scientific team will uncover unknown aspects on the issue “bringing together the principles of Egyptology, Archaestronomy, Archaeology, History and Anthropology”, according to the relevant press release.
The Conference will be open to the public.