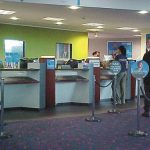 During the summer of 2010, Albanian immigrants who live and work in Greece transferred 100,000,000 euros to Greek banks in Albania. The manager of Emporiki Bank Albania, George Karakostas revealed this data.  It proves that Albanians trust Greek banks located in their country, especially during the nation’s financial crisis. The Governor of the Central Bank of Albania, Ardian Fullani, stated in 2009 that Greek banks function normally in Albania and that deposits are safe. Emporiki Bank Albania has twenty branches and four bank counters to cover over 82% of the Albanian population, as well as an important market share. The system of Emporiki Bank of Greece allows Albanian citizens who live and work in Greece to open any type of account at Emporiki Bank Albania, with competitive rates of interest.