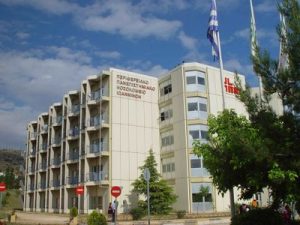 State hospital suppliers yesterday suspended deliveries to three major hospitals in Attica and Piraeus.  The suppliers threatened to extend the boycott to other institutions across the country and blamed The Health and Economy Ministries for reneging on a deal reached in June between ministry officials and the suppliers’ union.
Unionists stated that although the government had made good on pledges to pay off several billion euros in debts to state hospitals for the years of 2007 and 2008, it had exempted the debts incurred in 2009.
Vassilis Manettas, President of the Union of Greek Medical Suppliers (PASYPIE), told Kathimerini that the union had not been fully satisfied with the original deal with Finance Minister Giorgos Papaconstantinou and Health Minister Mariliza Xenogiannakopoulou.  The Ministers proposed using 5.3 billion euros in government bonds to pay off the debt. Manettas stated that the original agreement would be particularly unfair to the smaller suppliers, who are in more immediate need of money. Cashing in bonds before they reach maturity would mean they would lose up to 30% of their value. According to sources, the General Accounting Office has not yet received any requests for payment from members of PASYPIE.
Meanwhile the union has warned of an accumulation of even more debt as, despite the government’s pledges that invoices issued this year would be paid within 60 days, few state hospitals have honored this.
(source:Kathimerini)