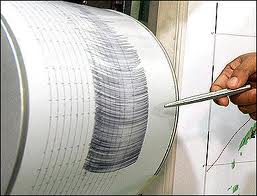 Yesterday at  7:06 a.m southern Crete was shaken by an alarming earthquake which measured 4,8 on the Richter scale. The earthquake’s epicenter was in the Libyan Sea; a few kilometers eastward of Gavdos. A great upheaval was caused mainly to the residents of Chania, Heraklion and Rethumnon. The earthquake reportedly did not cause any injuries or damages to buildings. During the rest of the day, three postseisms were also felt. According to seismologists the earthquakes are characteristic, considering the seismicity of the area.
At 3:24 a.m today a small but alarming earthquake hit the island of Rhodes. The quake measured at 4,4 on the Richter scale.  Residents are fearful that more quakes will follow. The quake’s epicenter was in the sea region of the island. The seismologists will continue to further investige.