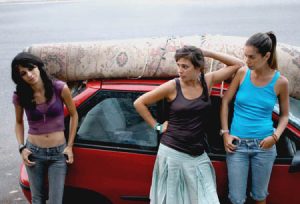 “Kill the Habit” is a dark comedy about three woman trying to get rid of a corpse!
The film received a bronze award at the Mexico International Film Festival in May.  The audience so far has been very enthusiastic about the movie.

This is Greek Director Laura Neri’s first feature film.  Neri wrote, directed and produced the film that was shot here in Los Angeles. The cast includes Greek actress Katerina Moutsatsos as one of the lead characters.  Check out the trailer and the film if you are in the Big Apple.