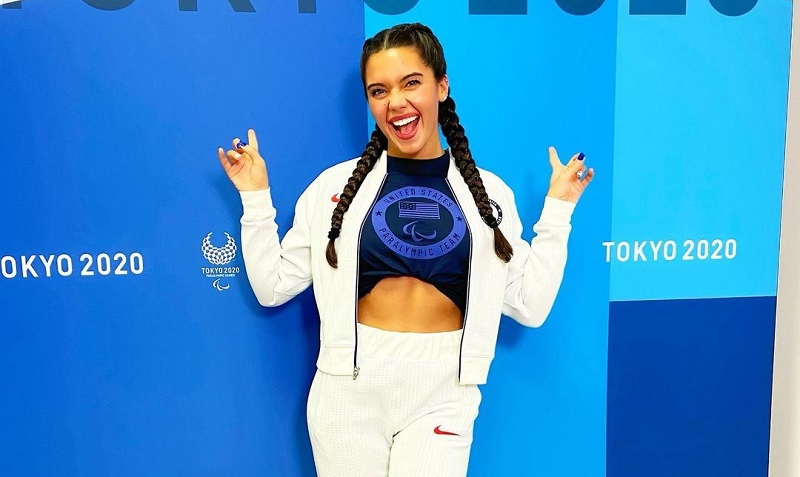 The victories followed a gold medal by Greek swimmer Antonios Tsapatakis on the opening day of the championships in Madeira on Sunday. Tsapatakis won the 100-meter breaststroke, the first gold medal of his career and the first medal for Greece in the games.

Pagonis, who lost her eyesight at fourteen, captured the gold for Team USA in the women’s 200-meter medley with a time of 2:49.73. The victory came a year after the now eighteen-year-old won the first gold for the US in the Tokyo Paralympic Games last August. There, Pagonis made her Paralympic debut, winning gold in the women’s 400-meter freestyle with a new world record of 4:54:49.

Day 4️⃣ review 👉🏾 In her first ever race in the World Championships Anastasia Pagonis did just like in her Paralympic debut in Tokyo last year! 🥇#ParaSwimming #Madeira2022 @USParaSwimming https://t.co/c8INlLUUWT

“I feel awesome, I had a really fun race…competing after Tokyo,” she said Wednesday. Pagonis still has two more competitions at Madeira 2022, including the 400-meter freestyle, her winning Paralympic event in Japan.

Italy picked up five gold medals on Wednesday while the US and Brazil nabbed four gold medals each.

Pagonis, whose autoimmune retinopathy caused her sight to deteriorate rapidly beginning at the age of eleven, has a guide dog named Radar. Pagonis said Radar changed her life and helped her with depression due to her vision loss.

She’s also one of her team’s most social media savvy Paralympians, using her platform to educate people about how she navigates the world as a blind person. The teen has 2.4 million TikTok followers and nearly 300,000 on Instagram.