The Moment Alec Baldwin is Told that Cinematographer Was Killed 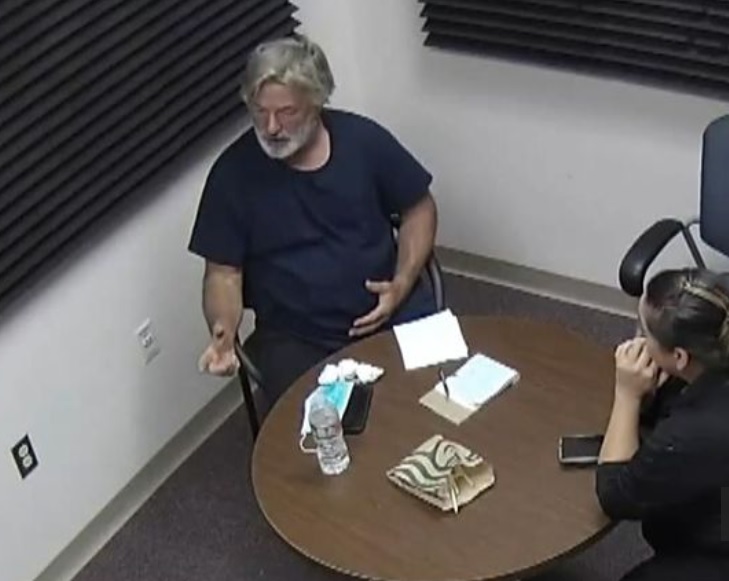 Dramatic footage was released on Tuesday of the moment Alec Baldwin was told that cinematographer Halyna Hutchins had died after being shot by a gun he was holding on the set of Rust.

Police in New Mexico have made public all the files associated with the ongoing criminal investigation into her death, including camera footage from detectives, incident reports, crime scene photos, and eye-witness interviews collected during the investigation.

Footage has been released showing the moment Alec Baldwin was told that cinematographer Halyna Hutchins had died after being shot by a gun he was holding on the set of Rust.

One of the clips shows police and medics racing to the scene with bodycam footage showing first responders battling to save Hutchins. Another shows Hollywood star Alec Baldwin rehearsing pulling the gun that eventually killed her.

Hutchins died after a prop gun held by Baldwin fired a live round during rehearsals in October 2021.

The actor was one of the producers of the Western, as well as its star.

With Hutchins behind the camera lining up her last scene ever, the new footage shows Baldwin sitting inside a church, dressed in a Western costume of the period, whipping out the revolver that apparently misfired and left the cinematographer dead and the film’s director, Joel Souza, injured.

Investigation into the shooting “remains open and ongoing”

In a statement accompanying the release of the footage, Sheriff Mendoza said the investigation into the shooting “remains open and ongoing.”

He said several components of the investigation remain outstanding, including firearms forensics, fingerprint analysis, a report from the medical examiner, and analysis of Baldwin’s phone data.

“Once these investigative components are provided to the sheriff’s office we will be able to complete the investigation to forward it to the Santa Fe District Attorney for review,” Sheriff Mendoza said.

Last week, a report into the incident on set found management “knew that firearm safety procedures were not being followed.”

Baldwin is fighting a number of lawsuits stemming from the incident with cases brought by script supervisor Mamie Mitchell and head of lighting Serge Svetnoy, as well as Ms. Hutchins’ family.