Online dating application Bumble has been using the word “Macedonia” instead of the internationally recognized term North Macedonia to geolocate its users.

Users recently complained to Bumble, which is the second-most popular dating app in the U.S. after Tinder, about the inaccuracy and have asked the company to explain and correct the mistake. 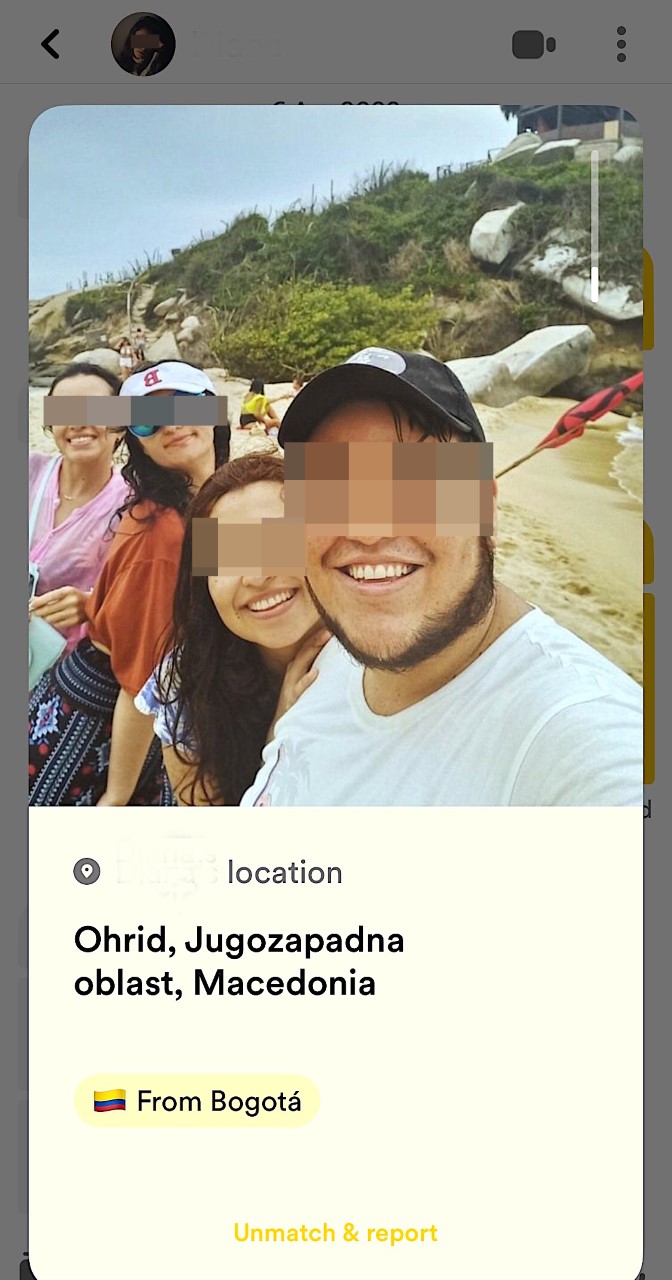 However, the UN link Bumble includes in its reply is clearly naming the country by its internationally recognized name: North Macedonia.

It seems that Bumble’s geolocation mechanism is not using the UN identification of the country, which begs the question of what criteria the dating application uses to identify the country as “Macedonia,” which is of course the northern region of Greece.

North Macedonia became a member of the United Nations in April 1993, but as a result of a dispute with Greece over the name “Macedonia,” it was admitted under the provisional description “the former Yugoslav Republic of Macedonia” (abbreviated as “FYR Macedonia” or “FYROM“).

In June 2018, the two countries resolved the dispute with an agreement that the country should rename itself “Republic of North Macedonia”. This renaming came into effect in February 2019. The Prespa Agreement dictates specifically that the name North Macedonia will be used erga omnes—inside and outside the country by all parties.

Bumble meteoric rise to the top of dating applications

Bumble was founded by Whitney Wolfe Herd shortly after she left Tinder. Wolfe Herd has described Bumble as a “feminist dating app.” As of January 2021, with a monthly user base of 42 million, Bumble is the second-most popular dating app in the U.S. after Tinder.